Home » Drones vs. Airplanes: How to Simulate Collisions

Drones vs. Airplanes: How to Simulate Collisions 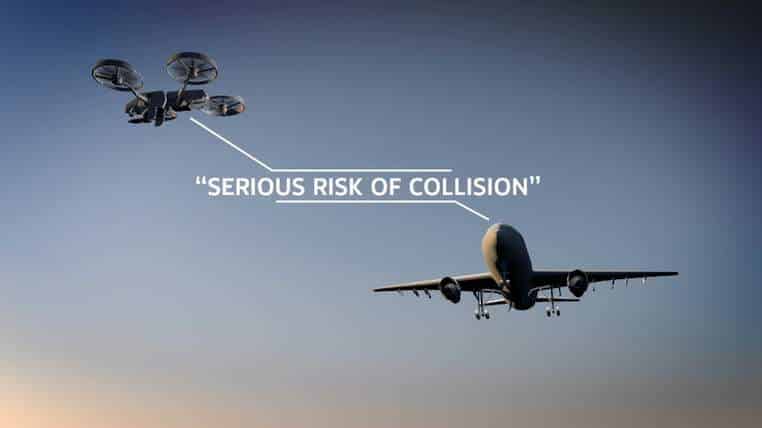 With opinion divided when to comes to the threat that drones realistically pose to aircrafts, researchers are putting their theories to the test by simulating mid-air collisions.

As regulators like the Federal Aviation Authority pay more attention to the risks that drones pose to air traffic, researchers around the world are developing theoretical and practical ways to simulate and study want happens when a drone strikes an aircraft.

This testing involves either physically propelling a drone at aircraft spare parts, such as a radome nose cone, or else building computer models to measure the forces at play and predict the results, says Professor Ian Horsfall – former Head of Impact and Armour Group at Cranfield University, UK Defence Academy:

Ideally you do both at the same time, because you can use the numerical model to do the investigation and the physical model as your validation.

The density of drone components compared to birds means that drone collisions are more likely to result in a penetrative impact than a blunt impact, posing a different kind of threat. To put this to the test, Horsfall’s team developed a compressed air cannon with a ten-foot barrel, capable of firing projectiles at 320 kph.

The drone motors did seem to be reasonably penetrative against soft things but I don’t think they were anywhere near penetrative enough to go through a windshield or the cockpit front on an airliner. From our testing, drones pose a greater hazard to smaller, low flying aircrafts, particularly helicopters which don’t have the weight capability to support heavily reinforced windshields.

Unlike bird strike testing, drone tests also need to account for the threat posed by volatile lithium ion batteries. Horsfall’s testing included slicing batteries in half to simulate passing through a jet engine.

You certainly get a spectacular fire, even if the battery is almost depleted, but the fire takes about two seconds to really get going, at which point it would already be out the back of the engine. The alternative hazard is that the drone strikes somewhere else on the airframe and becomes lodged, which is a significant possibility if it hits a radome – then there’s potential for a post-impact fire if you’re unlucky enough for the damaged battery to stay stuck there.

A simulation of the damaged caused when a drone is sucked into a jet engine.
Copyright of CRASH LAB (Prof. J. Bayandor – bayandor@buffalo.edu), The State University of New York © 2018. All intellectual properties and rights are reserved.

While the drone itself might not cause critical damage, the resulting vibrations could cascade as the blades strike the casing. Combined with the impact of high-speed fragments, Bayandor says this could cause other parts of the engine to disintegrate.

Such engine impact simulations are based on verifications of numerical data combined with a range of small scale physical validations, he says.

We make sure that every single module we place into the simulation is verified at some level, then we create this model on top of them. We have not done a large engine test, as physical tests at that scale are extremely expensive, probably in the millions of dollars range, but hopefully at some point authorities will take this on to see the results.

All the laws of physics apply in the simulation model when they impact, so you can see the initial damage, how it’s propagated and the implications. Of course impulse is a major factor, which is mass times velocity, so there are a lot of variables to measure in our simulations as a large, low-speed drone can still cause a lot of damage in the event of a collision.