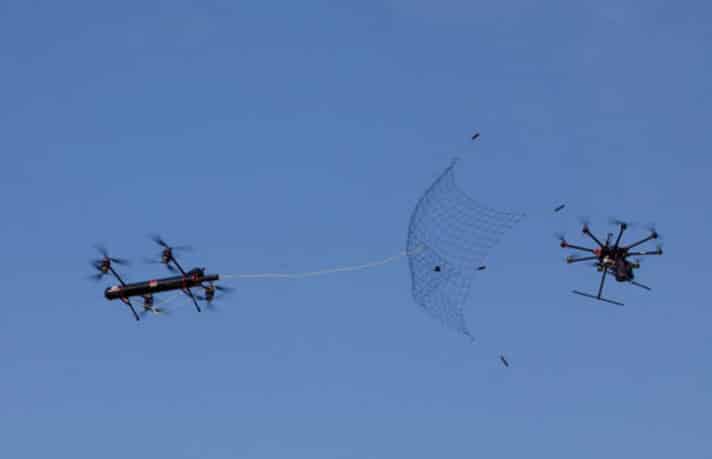 At Commercial UAV Expo 2018, the North America’s tradeshow for the commercial drone market that took place in Las Vegas last month, a new nest for capturing drones was unveiled.

SCI Technology has designed AeroGuard, an autonomous drone interdiction system that can capture unauthorized uavs described under American FAA Part 107 regulations. This counter-drone solution is composed of a drone with a nest that can catch other drones. It is also a quick response time as the system can neutralize drone threats in less than 20 seconds.