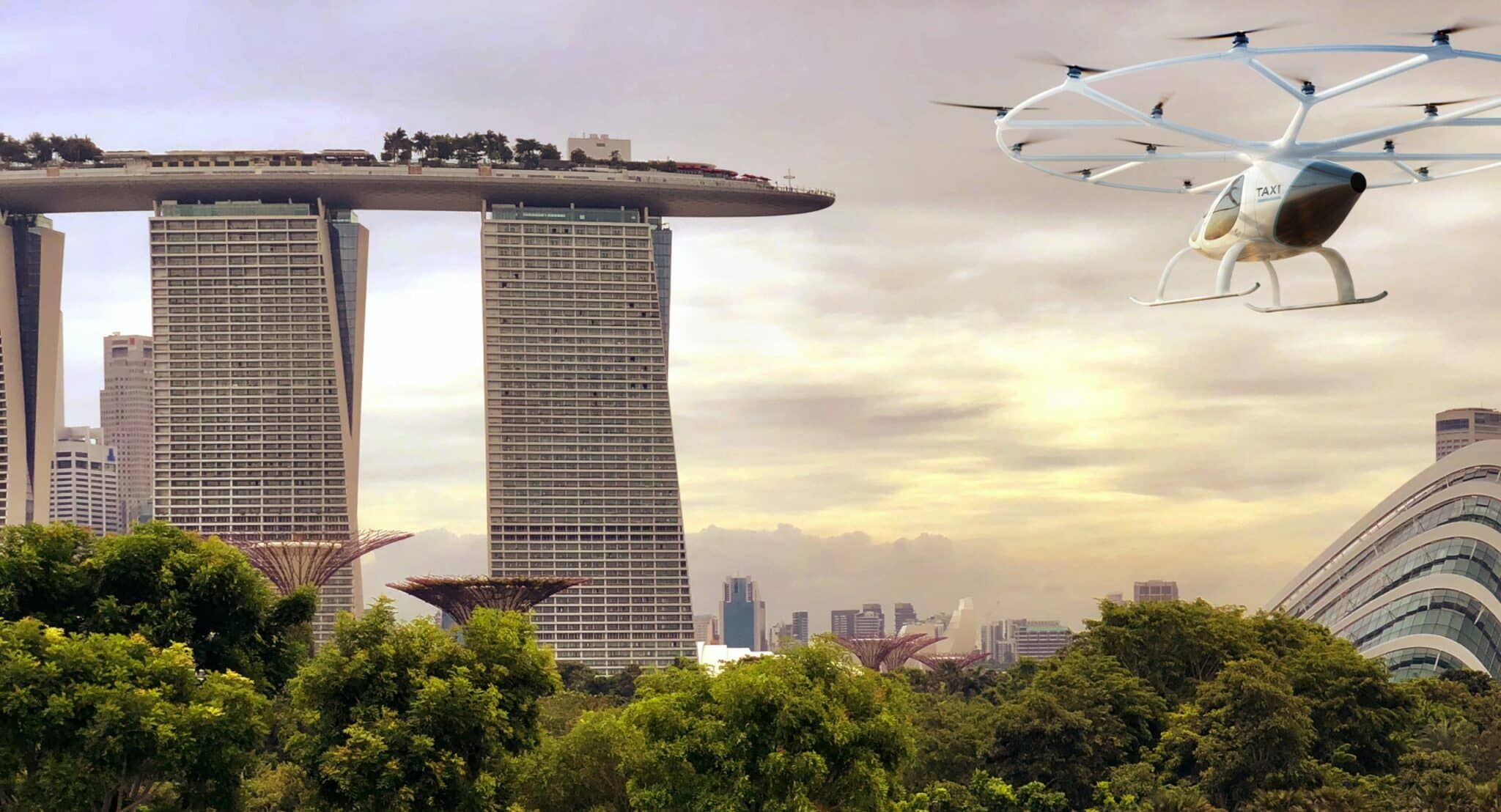 Travelling to work via electrical vertical take-off and landing multicopter may soon be a reality for city commuters.

Inner urban flight tests of Volocopter’s eVTOL are to take place in Singapore in the second half of 2019, it has been announced.

The tests, which are supported by the Ministry of Transport and Civil Aviation Authority of Singapore, aim to prove the emission-free aircraft are safe and suitable for use as city air taxis.

Based on drone technology, the eVTOL has a flexible technical platform, which permits piloted, remote controlled and fully autonomous flight.

Designed to transport two people distances of just under 30km, it provides stable flight and can manoeuvre through micro turbulences and around skyscrapers.

It is also so quiet that even at a height of 100m it cannot be heard over the average background noise of a city.