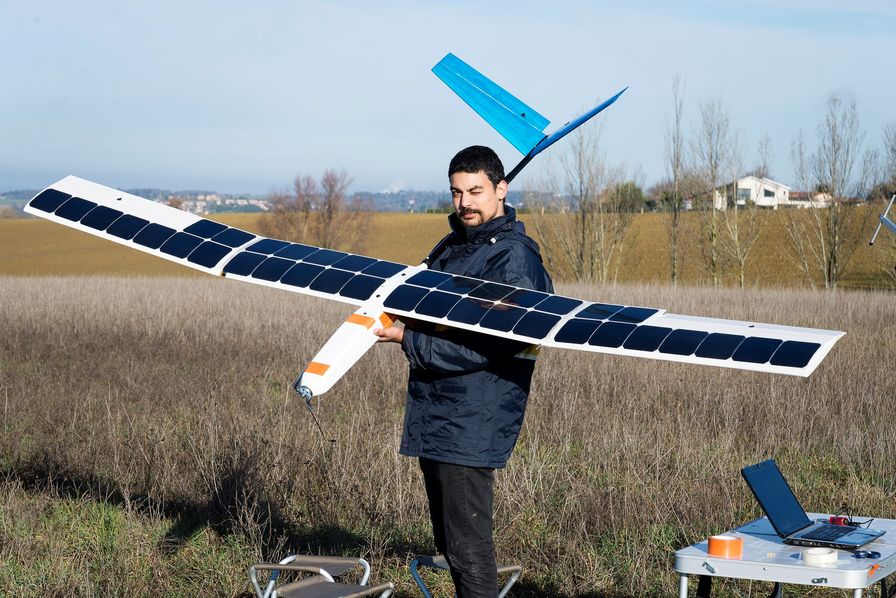 The largest farm in Australia has an area of 23,677 square kilometers, which is about the size of Israel. Scale of this kind makes farming in the vast island nation particularly challenging. Keeping track of livestock or crops is so difficult some farmers are opting to use satellite images. But aviation technology from France is now offering a more detailed picture.

Founded in 2015, Sunbirds builds solar-powered lightweight autonomous drones which the start-up claims can scan vast areas of land in greater detail than satellites, for a fraction of the cost of larger UAVs. AeroExpo e-magazine caught up with co-founder and CEO Laurent Rivière to find out how.

DirectIndustry e-magazine: Where does this project come from?

Laurent Rivière: I was an engineer in the space industry. I spent five years working on observation satellites. I thought that satellites were great, but something was missing. Increasing accuracy of data on large areas was difficult. I started thinking about UAVs. They already existed, but small UAVs could only fly less than one hour: useful if you have 100 hectares, but not if you need to scan a larger area. Larger military-style UAVs are very expensive and much heavier, so you can’t launch them by hand. We saw a gap in the middle of the two. Using solar power, we can fly a small UAV for more than 10 hours, without fuel or high operation costs.

DirectIndustry e-magazine: What were the technical challenges?

L.R.: It’s not just about putting solar panels on the wings. We had to design the aircraft to be very efficient and maintain a flight level. We had to fine-tune the design of the whole airframe, design the integration of the solar cells and create a new power system. Currently we are the only company to have built a UAV powered only by solar energy.

DirectIndustry e-magazine: What are the applications for this Sunbird?

L.R.: We are looking at farming, forestry, and management of natural parks: anywhere with thousands of hectares of land to keep track of. We’re exploring opportunities in South Africa, India, Asia, Latin America and the USA. But the biggest opportunity to start with is Australia. We are working with a customer in Queensland with a million hectares of farmland. They currently monitor the land with helicopters and conventional fixed-wing aircrafts at a cost of around AU$500,000 per year. We’re trialling replacing that with our UAVs. Early results suggest we could save around 80% of their current cost.